Our croissant doughs are made with local Kauai honey and no processed sugars.

Our laminated dough is made by layering butter between the dough, which is called locking in. Each croissant has about 150 layers. Since there’s only butter in this dough, it melts in your mouth. 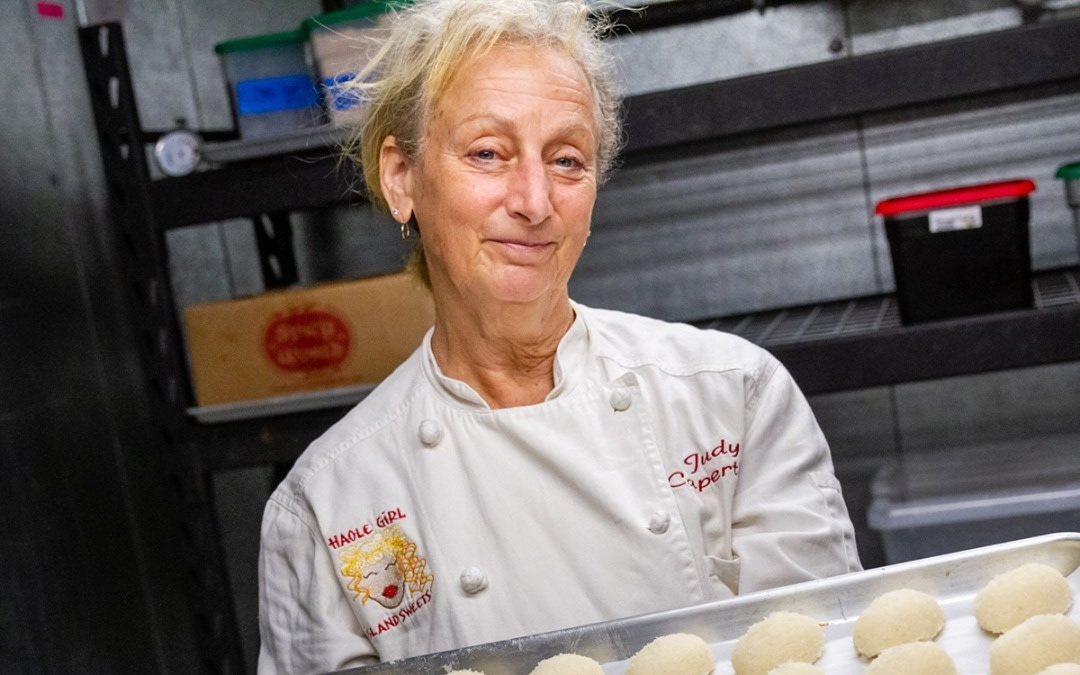 We do not use shortening, margarine or artificial flavors. There are no peanut products in our bakend goods.

Who is behind Haole Girl Island Sweets? 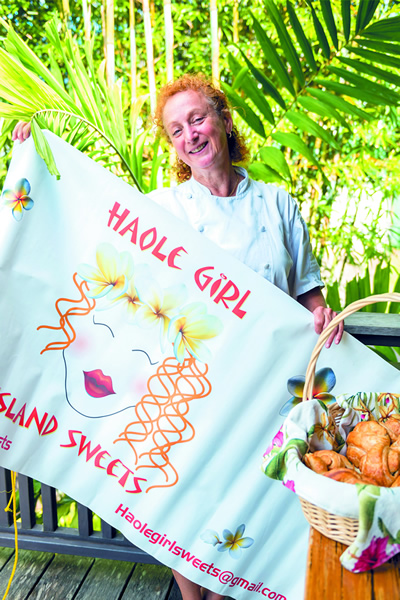 Judy was the Executive Pastry Chef at the 5 star Princeville Resort in Sept 1993 - April 1995, opening after Hurricane Iniki. Returning in 2012 to the property that became the St. Regis Resort and Spa. Judy started Haole Girl Island Sweets in may of 2013 doing Farm to Table products at Farmers Markets and numerous locations on-island, specializing in wedding cakes and chocolate work.

An Honors Graduate of the Culinary Institute of America in 1978, she has been the coordinating Pastry Chef at the Cannes Film Festival in France and Sundance Festival for over 15 years. As Executive Pastry Chef of the Arizona Biltmore, Judy was a featured Chef at James Beard House in Sept. 2004.

Previously Executive Pastry Chef at the 5 Star Phoenician Resort in in Scottsdale, Az for 7 years after transferring from the Princeville Resort, she has held many key positions in the Industry, such as Chocolatier at the Grand Wailea Resort in Maui, and Executive Pastry Chef at the Inn at Spanish Bay, Pebble Beach, Calif. Judy has helped over 40 students with externships from various Culinary schools nationally.

Earlier in her career, Judy was part of the opening and working team for the Grand Hyatt NYC, The Four Seasons Dallas and Philadelphia, and a Lead Instructor at Le Cordon Bleu in Scottsdale Az.

She has been featured on the Food Network, on several TV stations and multiple magazines and publications, including Arizona Bride Magazine, Alaska Bride, Gourmet, Bon Appetit, and Pastry Art and Design. She is a chapter in the book "Creating Chefs."